You probably wouldn’t realize but you use spark coils all the time whether you’re cooking a meal or driving a car, spark coils are everywhere and their applications are countless. I will list a few.

If you’d like to try these things for yourself then be warned, spark coils are high voltage and should only be used by those who know what they’re doing, if you do know what you’re doing then you can buy spark coils here on the RMCybernetics shop.

An electric arc or arc discharge is an electrical breakdown of a gas that produces an ongoing plasma discharge, resulting from a current through normally non-conductive media such as air. 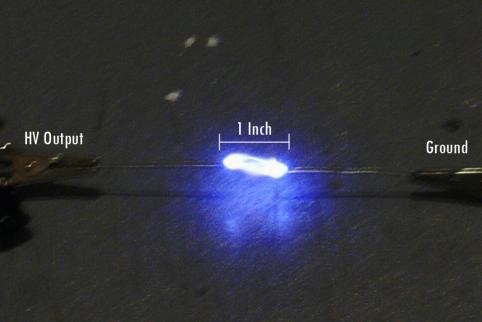 An electrical discharge results from the creation of a conducting path between    two points of different electrical potential in the medium in which the points are immersed. If the supply of electrical charge is continuous, the discharge is permanent, but otherwise it is temporary, and serves to equalize the potentials. Usually, the medium is a gas, often the atmosphere, and the potential difference is a large one, from a few hundred volts to millions of volts. If the two points are separated by a vacuum, there can be no discharge.

An spark coil can be used to make arcs by putting a high voltage through it and putting it close to ground. 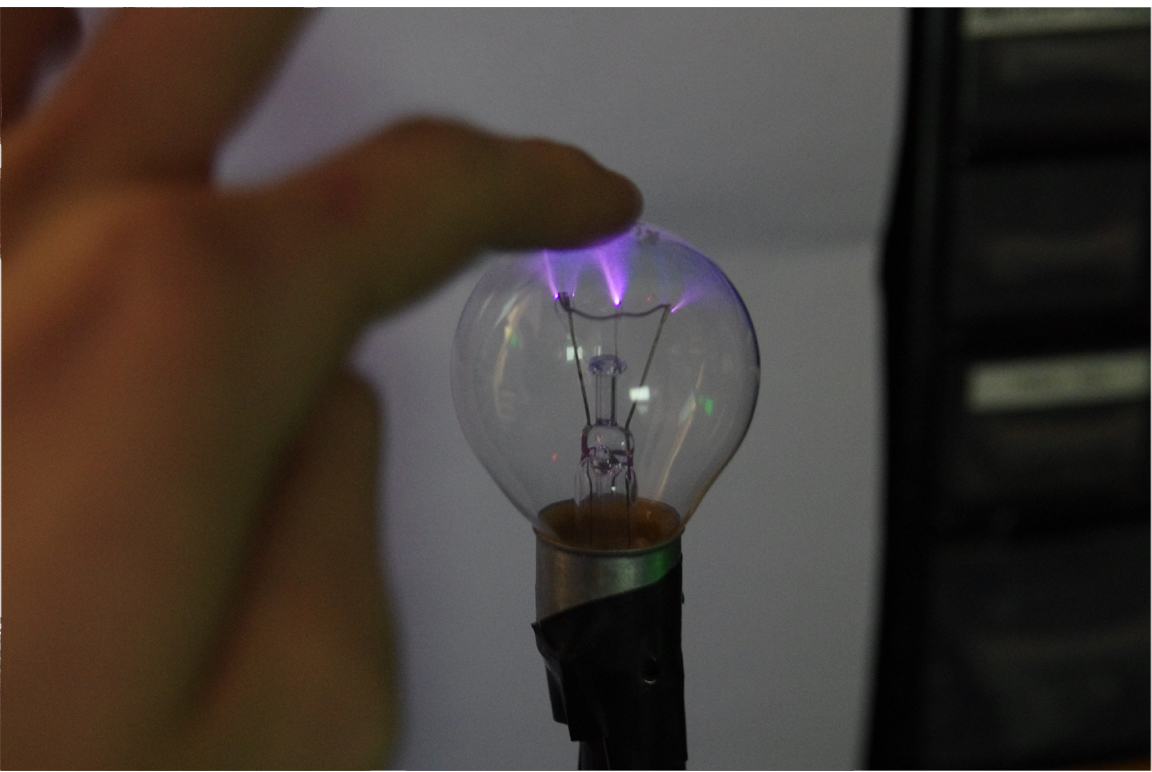 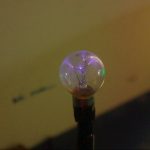 A glass globe containing a low density gas and a central electrode that creates lightning-like streams of light. These fronds of plasma make their way from the centre of the globe to the edge, in a bid to reach earth. Creating an enhanced path to earth by touching the globe increases the strength of the discharge, which is why the arcs are attracted to your hand if you touch the globe.

The Jacob’s ladder is a high voltage climbing arc. An electric spark jumps between two parallel wires. The sp

ark then “climbs” up the ladder. The transformer at the bottom creates a potential difference between the wires. The electrons repel each other, so they jump from one wire to try and get as far apart as possible. The spark heats up the surrounding air and hot air rises, so the spark rises with it. When the spark gets to the top of the wires, it dies and a new one starts at the bottom. 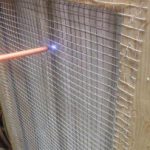 The high voltage supplied by the coil, at least 2,000 V, is applied across the two wire-mesh grids. These grids are separated by a tiny gap, about the size of a typical insect (a couple of millimetres). The light inside the wire-mesh network lures the insects to the device (many insects see ultraviolet light better than visible light, and are more attracted to it, because the flower patterns that attract insects are revealed in ultraviolet light). As the bug flies toward the light, it penetrates the space between the wire-mesh grids and completes the electric circuit. High-v­oltage electric current flows through the insect and vaporizes it. 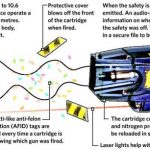 A Taser or Thomas A. Swift’s Electric Rifle is a device that fires electrified probes used to temporarily incapacitate someone.

A Taser works by delivering high voltage — but low amperage — to the human body. A Taser delivers a powerful but temporary shock rather than a sustained and deadly charge.

The most common use for an electric fence is to contain animals in a certain space by deterring them (often using mild shocks) from crossing a boundary. While possible to be run from an spark coil in a DIY situation it is highly recommended NOT to as it can be very dangerous.

An spark coil (also called an ignition coil) is an induction coil in an automobile’s ignition system which transforms the battery’s low voltage to the thousands of volts needed to create an electric spark in the spark plugs to ignite the fuel therefore ignition is its primary function.

Feel free to list a few ideas you think I should have mentioned in the comments section.