A changing electric field can give rise to a changing magnetic field, and vise versa. In an electromagnetic wave, the electric and magnetic fields keep each other going so that it can propagate through free space. The frequency of this oscillation determines the energy that the wave will carry. Higher frequency waves such as Gamma rays carry significantly more energy than longer waves like radio waves or visible light. The energy is calculated using the formulae E=hf. Where ‘E’ is energy, ‘h’ is planks constant, and ‘f’ is the frequency.

An electromagnetic wave is a transverse wave, with the electric and magnetic fields oscillating a right angles to each other.

The electromagnetic spectrum is the full range of frequencies or wavelengths which a wave can oscillate at. The wavelength is the distance a wave will travel during one full cycle or oscillation What our eyes detect as visible light are electromagnetic waves with a wavelength between 750nm and 400nm. 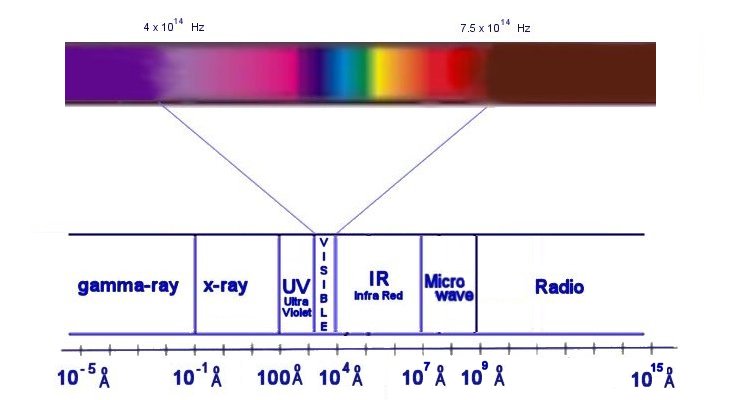