The History of Alsager Mere

Alsager Mere is a small lake located in the center of Alsager. It has been around since before medieval times, but it has shrunk considerably in size since then. The lake is apparently spring fed, although scientific or historical evidence for this has not been found. We are currently developing technology to allow further research in this area. The map below shows Alsager Mere in the early 1900’s. We can see that it appears to be the same size as present day, but there is far less residential property backing onto the waters edge. Most of the information in this section was obtained from a book in Alsager library titled “Alsager, Past & Present"

Please be patient while the images load.

Alsager Mere and the Growth of Alsager

For several hundred years, Alsager Mere was surrounded by marsh land in the centre of the Alsager estate. Since the 1800’s the surrounding land had been gradually drained causing the Mere to shrink in size. When the Alsager estate was spilt up The Mere covered about nine acres, but it now covers just four acres.

As the land around The Mere became dryer and firmer around 1870, people began to build houses and businesses around the lake. This made Alsager Mere highly influential in the growth of Alsager. By 1876 there were five houses around The Mere, but most have these have not survived to present day. The only remaining building from this time is West Lodge. The Mere used to provide many resources for the local residents and business. Apart from the obvious food and water, the fine sandy sediment still present in some areas was used to manufacture colours.

Alsager used to be home to a Naval training base during World War II. The Mere was often used for training sessions during this period. A sonar depth survey done in this time showed that the deepest part was 32 feet which is very different to the current summertime level of 17 feet. You can see a range of 2D and 3D depth maps on the Depth Survey page. Most of the lake bed is currently made up of a fine silty sludge which could have accumulated as the land around the lake was developed. Removal of natural vegetation would weaken the soil structure causing sediments to wash into the water over the years. In addition to this large amount of brick and ceramic materials have been dumped in The Mere, along with a range of other debris.

A History In Photographs 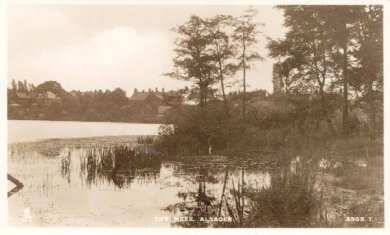 View of Alsager Mere looking towards the houses on Crewe Road – CCALS: c05550 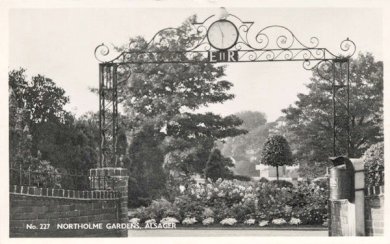 View of the entrance to Northolme Gardens – CCALS: c05572 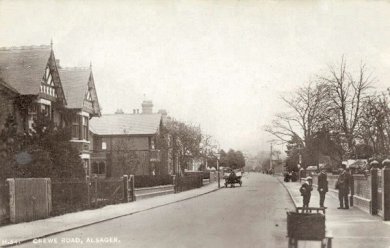 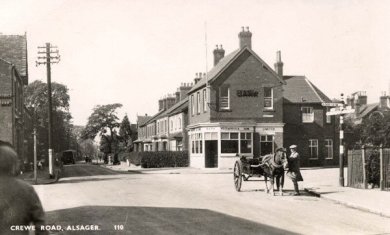 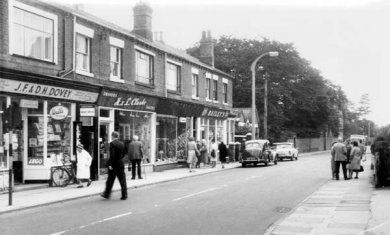 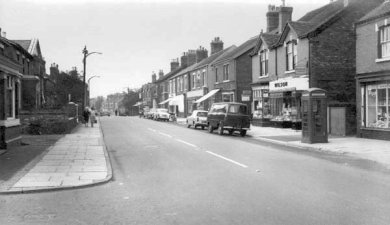 The Mere has almost disappeared from everyday public attention due to it being surrounded by private homes and shops. There are still two public viewing areas accessible from Crewe Road and Sandbach Road. These are known as Northolme Gardens and Coronation Gardens. There has long been controversy regarding the public access since it was fenced off when the Alsager estate was split up and sold. A path used to run around The Mere from The Avenue to where the new flats have been built on Crewe Road. When this land was sold, fences were erected blocking access. At this time a man named Mr Wildblood gathered a group of protestors to smash down the new fences. The fences were repeatedly rebuilt and smashed down several times.

A court hearing was arranged in Sandbach to resolve the dispute, but Mr Wildbloods party gave up and nobody turned up to the hearing. As the land was privately owned it is unlikely that he would have succeeded anyway. It seems as though people had become used to the free access given by the previous land owners, but as this is privately owned land the new owners were well within their legal rights to erect the fences.

Gallows Corner
A part of The Mere known as known as Gallows Corner was the scene of a gruesome story. This area used to be covered with large trees, one of which was a large beech tree. It is rumored that a man chose this tree to hang himself, but the reason for this is unknown. When the mans body was found he was cut down from the tree and an ash stake was driven through his heart. This was a custom of the times. His body was apparently buried under the spot where a sign post used to stand on Wood Corner.

Accidental Demolition of Old Thatched Cottages
The old thatched cottages (no longer present) were owned by James Hollerhead and a Mr Machin. One Day Mr Machin hung up two pigs on a pear tree by his house. This would simply have been for storage, and not for any sinister reason. Unsurprisingly the pigs attracted the attention of the local kids who would keep messing around and annoying Mr Machin. Mr Machin decided to remove them from the tree and to hang them from the main beam inside the cottages. The weight of the pigs on the beam caused the old cottages to collapse, and they were never rebuilt.